Please help my friends Lisa and Colleen reach their thunderclap goal. Lisa’s campaign is currently at 62 of 100 supporters needed. This will cost you nothing and takes seconds of your time. Thank you for your help.

One of the hardest things for authors to undertake after their novel is written and self-published, is the marketing aspect of their book. There are a few programs out there geared toward making a loud bang in the blogosphere. One of them is called a THUNDERCLAP.

Thunderclap is an organization similar to crowd funding, except there is no money involved for the basic package. That’s right, it’s FREE! (Hint, hint!)

My friend Lisa, from Rebirth of Lisa, at my urging, has undertaken a campaign to broadcast throughout social media such a thunderclap. She needs our support.

In fact, here is a link to the review I wrote of her book, “The Mistreatment of Zora Langston,” on the Lit World Interviews website.

Thunderclap will share news of Lisa’s book throughout their members. It will reach thousands of people she could never reach by herself on social media. 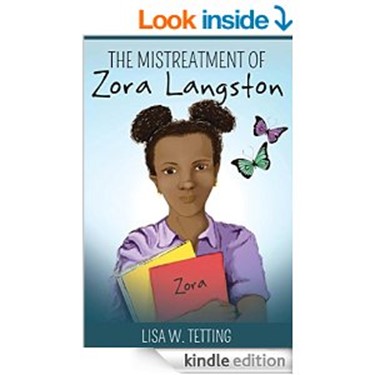