An Open Letter to my Friends on and off Facebook, 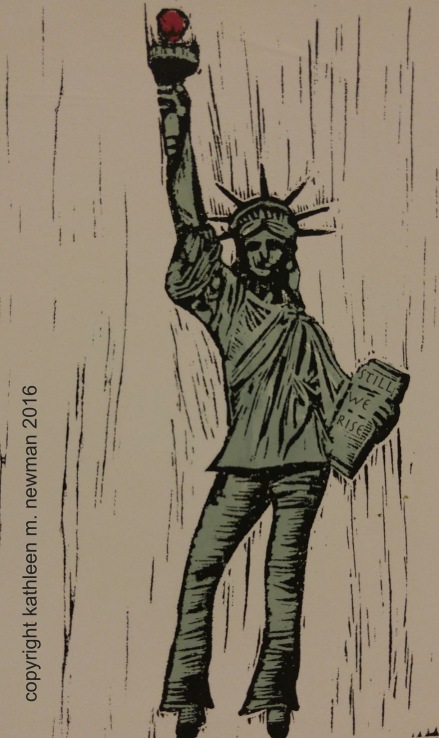 It has been over two months since America displayed just how broken our electoral college system is as the world watched in horror and disbelief.  As I write this hours before Inauguration Day, many Americans, like myself, are still in shock that the orange toddler and Mike Pray the Gay Away Pence won the requisite number of electors to be elected by the Electoral College to the two highest offices in our nation.

During the weeks since November, I have been told to just get over it and informed that I post too much political related material to Facebook.

As for posting too much political material, I offer no apologies.  Anyone who truly knows me, knows that I was born with politics in my blood.  I am a political geek who is fascinated by the process and thinks it is important to discuss the issues our society faces and work towards solutions.  I am oftentimes accused of wearing my heart on my sleeve.  It is no secret I am a bleeding-heart liberal from the great state of Massachusetts, the only state that did not vote for Richard Nixon in 1972.  I am a proud American, a proud daughter of Massachusetts and an even prouder daughter of a McGovern Democrat.

And, you with all due respect do not get to decide how I feel.  It is unlikely, I will get over it until after the T-P administration leaves the White House.  Like the esteemed Representative John Lewis, I too believe in forgiveness so if your candidate starts acting presidential and shows more concern over security briefings than twitter rants about Alec Baldwin, Saturday Night Live or Meryl Streep, I just might get over it before he leaves office.

If that makes me a whining libtard in your eyes so be it.  This by the way as many of you know is not my first rodeo.  I have been a civically engaged, politically active citizen of our country for decades.  I have worked on plenty of legitimate campaigns; there is always a winning side and a losing side.  I know how it feels after dedicating yourself to getting a candidate elected to come up short and thankfully how it feels to win.  Generally, although any loss stings, you process the result, assess your performance and then get to work on what is next.

This election is different for me because a campaign that was based on morally reprehensible ideology won.

This election is different for me because for the first time I have a small inkling of understanding how well-meaning people could elect a fascist; an understanding of how a Hitler could rise to power.

This election is different for me because generally although in any given election my political ideology is different from the opposing candidates, I respect the other candidate.  In this election, I could not respect a candidate who ran on a platform of hate and fear mongering, who showed himself time and time again to be a racist and misogynist intent on making America Hate Again.  So, you will have to excuse me because I will not just get over it.

As I write this, the orange toddler is moments away from assuming the office of Commander-in-Chief and I am grief-stricken that so many of my fellow Americans either openly chose to align themselves with a platform based on hatred and fear or chose to overlook all the hateful, misogynistic, racist, homophobic, just downright nasty and evil beliefs espoused by the orange toddler and Mike Pray the Gay Away Pence.

I don’t know how you separate the candidates from the rhetoric.

I don’t know how you look at your daughters, nieces, sisters, mothers, wives, and say it is either acceptable or you’re willing to overlook the allegations of sexual assault and misogynistic comments and entitled bragging about p**sy grabbing.

I don’t know how you look your Muslim neighbors or co-workers in the face and smile while aligning yourself with someone calling for a national registry based on religious beliefs in America, our country which was founded on the bedrock of religious freedom.

I don’t know how you embrace the people in your lives who are members of marginalized communities (LGBQT, people of color, disabled, immigrants, etc.) targeted by the hateful rhetoric of T-P while knowing you voted for the candidate of fear and hate.

I don’t know how you think we are taking this election too personally.  Do you believe the hatred wasn’t targeting your gay nephew or your friend of color? Do you tell them or yourselves not to worry because the hateful rhetoric and the hateful policies that will follow aren’t targeting them it’s meant for those other people? You know the ones: the homosexual, immigrant or person of color you don’t know personally.

I can honestly say as a life-long Democrat, if the orange toddler ran as a Democrat, the party he incidentally aligned with for many years, I would have voted for the Republican candidate.  In matters of national security where I believe there is a clear and present danger to our Republic, I will always choose country over political party.

Perhaps in the coming weeks, months and years we can have an ongoing discussion and you can help me understand your logic.  While I will never agree with your support of T-P, I truly would like to understand how you justify your vote and consequently your alignment with hate and fear mongering.

My friends, it is going to be a long four years and I am sorry to disappoint you but I will not just get over it and normalize this administration that at best is fascist and at worst illegitimately placed into power through foreign influences and acts of treason.

I will continue to post political information from legitimate news sources.   I will not be posting fake news or memes based on lies and expecting you to accept them as legitimate.  I will not post hateful, derogatory comments about him or his family.  Yes, I will from time to time say loud and proud Not My President or Don’t Blame Me I’m From Massachusetts. I know that the orange toddler will hold the title of POTUS until the next election or his impeachment, but unless he changes his hateful rhetoric, honors the office of the President by approaching it seriously and with dignity I will not consider him to be my President.

Every time the T-P administration ignores the Constitution of the United States, I will call them out on it.  Every time the T-P administration attacks the civil rights of my fellow Americans, I will stand with those being attacked.  Every time, the sitting President generally behaves in a way unfitting the office of POTUS (read engages in 3 a.m. Twitter rants), I will call him out on it.

I will be a voice along with millions of other patriotic Americans of resistance and dissent.  I will be the voice of reason that whispers, states and screams when necessary this is not acceptable in 21st century America.

In closing my dear friends, I would suggest that if my brand of patriotism offends you that you make a choice to simply not click on my political posts, there will after all be nothing there you want to read.  Or you could unfollow me and not clutter your feed up with my posts.  By unfollowing me on Facebook, we remain friends and I don’t even know that you hit the unfollow button.  It’s a wonderful feature that I have used on occasion unnoticed and without drama.

If you choose to continue reading my posts which I hope you will, you should know that I will not accept derogatory and inflammatory comments on my feed.  I will delete the comment if I find it offensive.  We, I hope, can have different viewpoints without treating each other poorly.  It really is possible, I have disagreed with much of what some of you have posted in the last eight years and chosen to go high when you went low.

Wishing you, our nation, and our friends and allies around the world peace and happiness in the coming days.

Note: Image Pantsuit Nation used with permission of artist, Kathleen M. Newman. Prints and other merchandise are available at her online store. 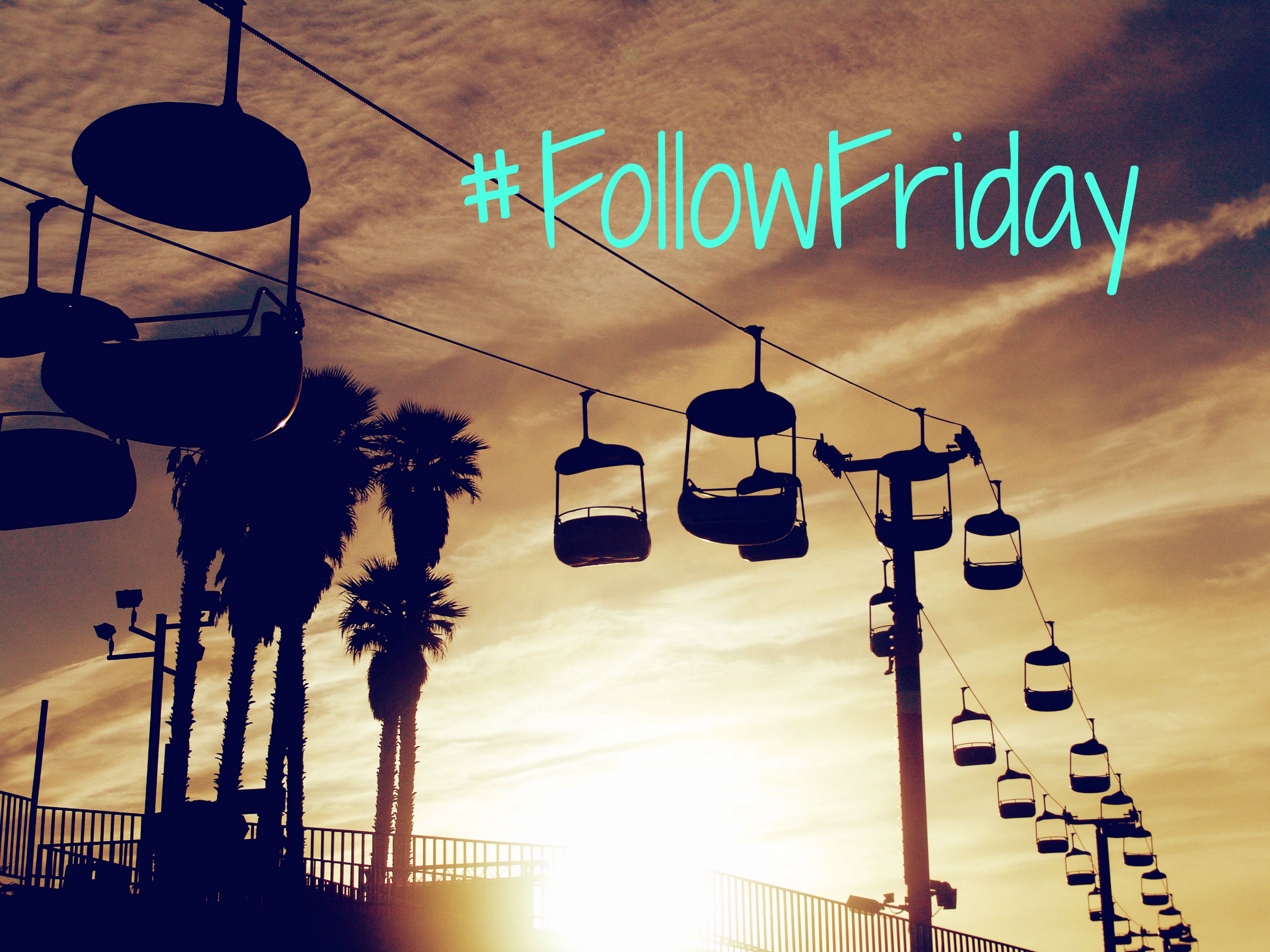